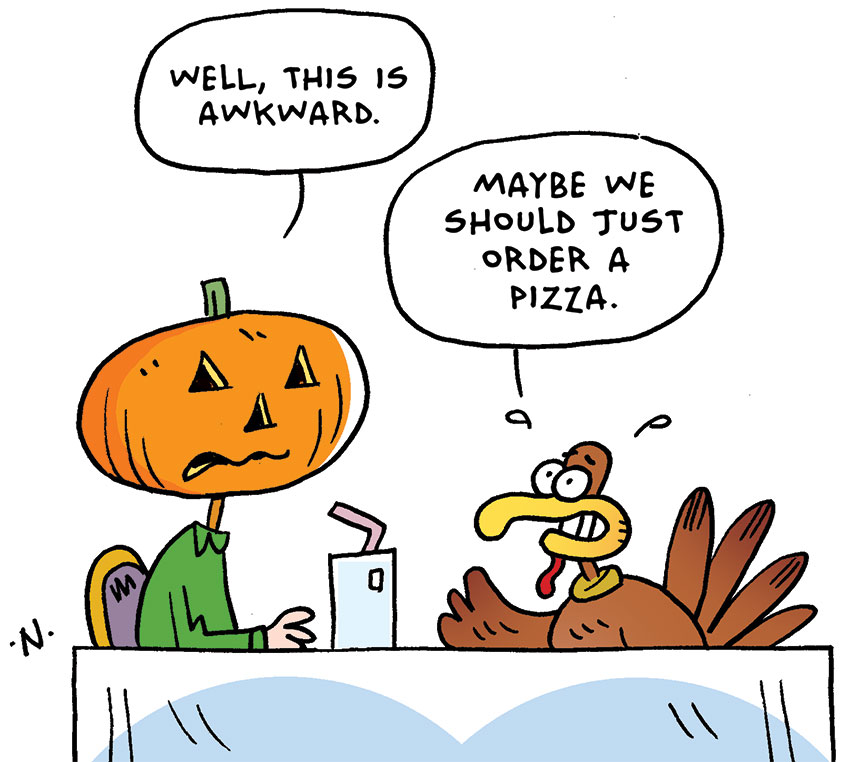 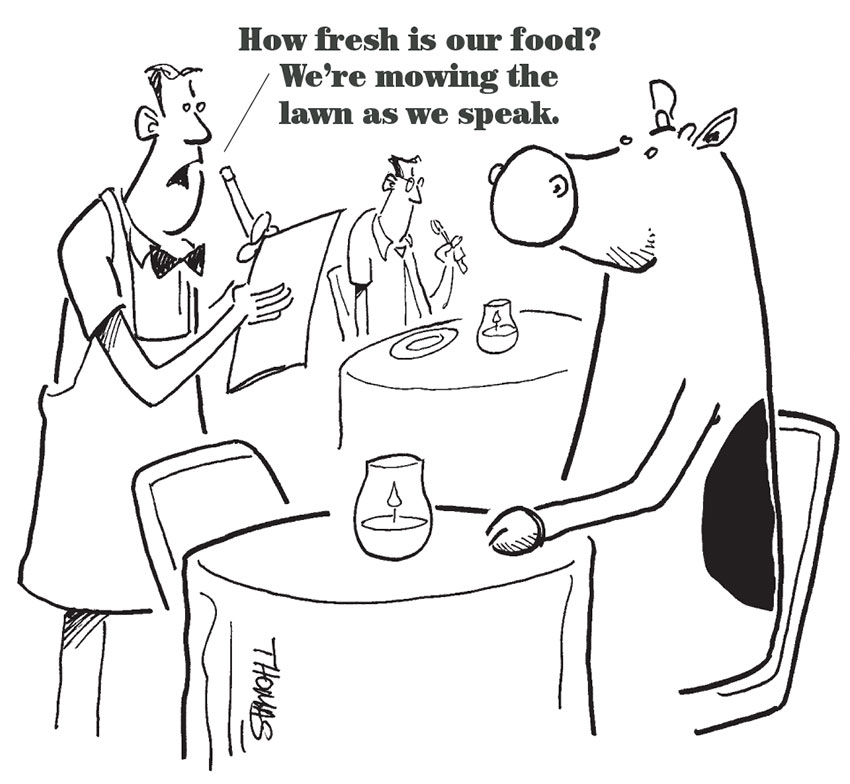 Loading...
WARPED WISEMAN WONDERS: If you wait for the waiter at a restaurant, you become the waiter, too, don’t you?

Loading...
Fred: What do you call a secret appointment at a hot-dog restaurant?
George: I have no clue.
Fred: A mystery meat-ing.

Loading...
Two jumper cables walk into a restaurant.
A waiter says, “You two better not start anything.” Loading...
Chris: Did you hear about the restaurant on the moon?
Bryan: No. How is it?
Chris: It had great food, but no atmosphere. Loading...
Lesley: What did the plate say to the silverware?
Dillon: I don’t know. Tell me.
Lesley: “Dinner’s on me!”

“Sounds great,” said the health-conscious boy. He ordered some.

He watched as the cook pulled a basket of fries from the fryer. The potatoes were dripping with oil when the cook put them into the container.

“Sure they are,” the cook said. “We charge only for the potatoes. The fat is free!”

Loading...
Two friends are walking their dogs -- a Dalmatian and a Chihuahua -- when they smell something delicious coming from a nearby restaurant.

The guy with the Dalmatian says, “Let’s get something to eat.”

But the guy with the Chihuahua says, “We can’t go in there, we have dogs with us.”

So the first guy says, “Just follow my lead.” He puts on a pair of sunglasses and walks into the restaurant.

“But this is my seeing-eye dog,” the guy with the Dalmatian says.

The guy with the Chihuahua repeats the process and gets the same response from the owner: “Sorry, pal, no pets allowed.”

“But this is my seeing-eye dog,” says the second guy.

“A Chihuahua?” asks the incredulous owner.

“A Chihuahua?!,” says the man in the dark glasses. “They gave me a Chihuahua?!”

Waiter: We serve everyone. Sit right down.


Send Us Your Jokes

Heard any good jokes lately? Scout Life will send you this patch for each joke of yours we publish in the printed magazine. If your joke is a Pedro’s Pick, you’ll receive $10.